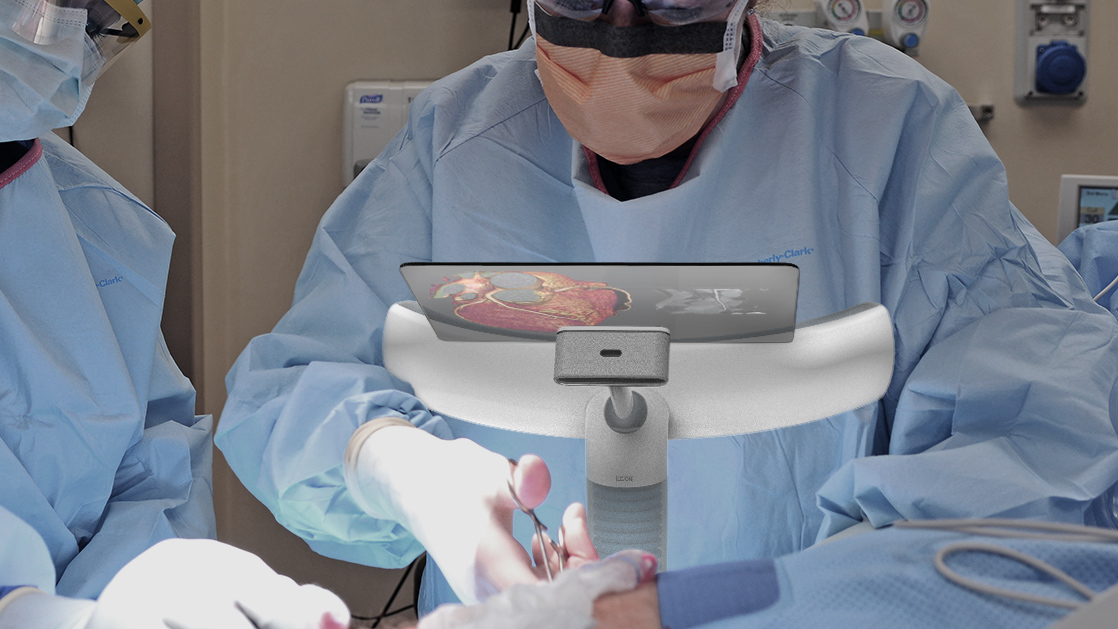 A non-invasive chest support and Augmented Reality system that prevents surgeon back injury by altering the operating environment to empower surgeons and promote efficient operations.

“There are many surgeons who won’t speak up about their back problems, especially the older guys because it would affect their image and ability to practice”

Surgeons cannot fully concentrate on their surgery and are not performing at their best because of body pain.

By working with medical students from Alpert Medical School at Brown University, we were able to get a lot of the basic knowledge of the operational environments. We made some hypothesis of the possible problems these doctors may face during their work. We used them to be a starting point for the deeper understanding in the next steps.

How might we create a tool that recognizes surgeons and their work and allows them to relieve their body tension in  minimal space? 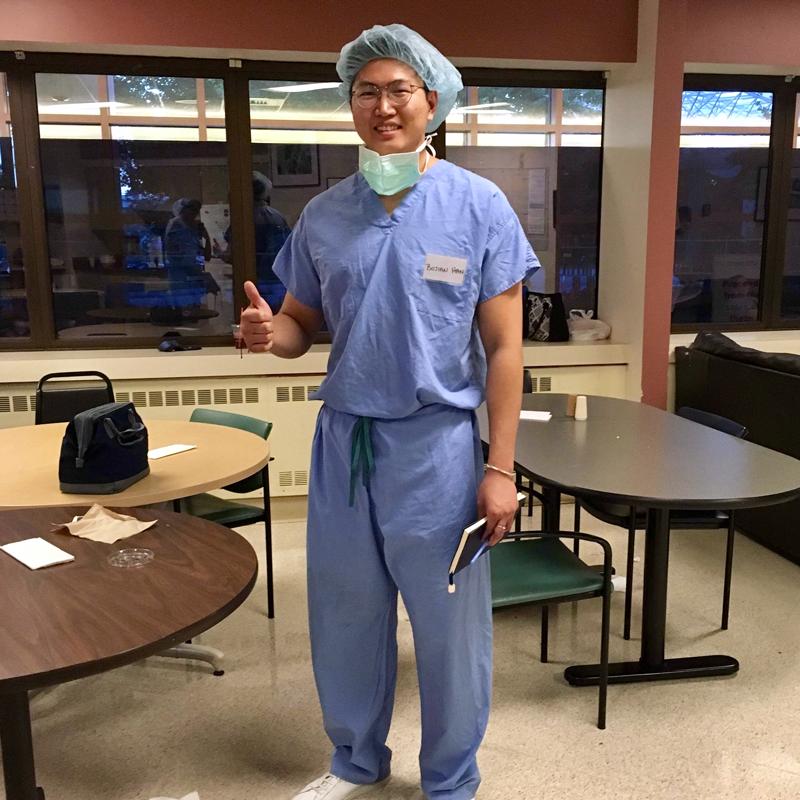 We went to shadow Dr. Aguiar and Dr. Wills at Rhode Island Hospital for further understanding of the problems. We stand aside them during operations to observe the operation room environment, their work, habits, and interactions.
‍
Due to confidential reasons, I am not able to show my documentation from Rhode Island Hospital. This surgery procedure being shown here is a live Aortic Valve Replacement video by St. Bartholomew’s Hospital in London. 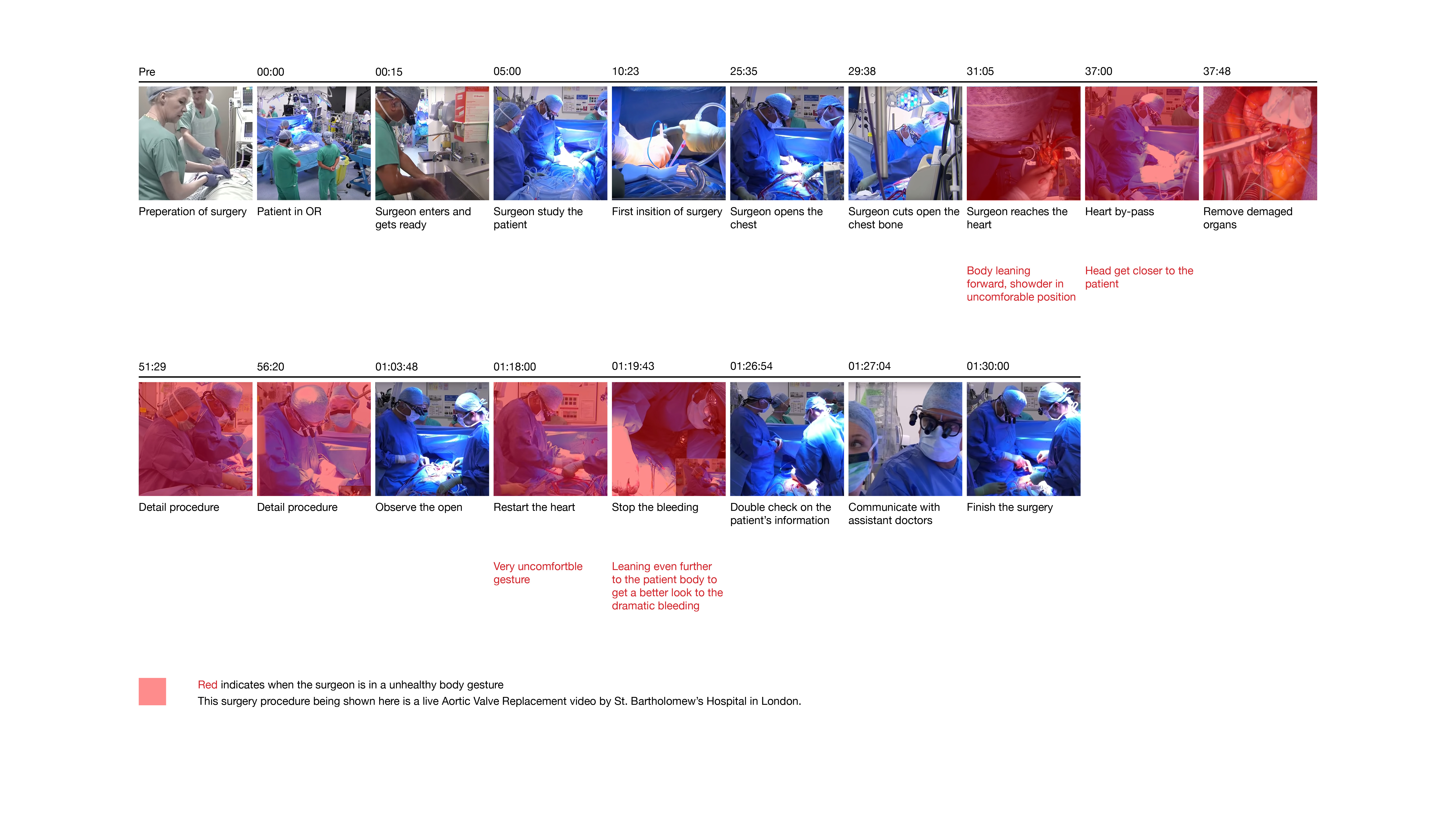 During the shadowing at Rhode Island Hospital, we conducted several interviews.

Due to the nature of surgical practice, surgeons often stand in a position that is prone to stiffness, fatigue, muscle strain, and neck/back pain.

Through shadowing Dr. Hale Wills and Dr. Aguiar, we observed that many surgeons were becoming fatigued at their core. The doctors stood while slightly leaning forward towards the patient for a better view of the operating area while being careful not to lean on the oxygen supply tube or the actual operation bed accidentally. We realized they relied on their lower spine and planted feet instead of engaging their core as they would tire over time. Then, surgeons would lose proper posture and lean from side to side to relieve their back strain which would cause more fatigue and chances of injury over time.

“I often tense my shoulders when I’m nervous during  operation.”

Surgeons often work with surgical tools that lack ergonomics and disorienting eye binoculars. With a time sensitive procedure, these tools may cause emotional stress and contribute to the overall muscle tensing and contraction.
There are also several external factors such as the heated temperature, crowdedness, and back to back operation schedules which inhibit them from relaxing.

“There are many surgeons who won’t speak up about their back problems, especially the older guys because it would affect their image and ability to practice.”

Health and physical issues are often dismissed, and can lead to permanent injury or prolonged discomfort. 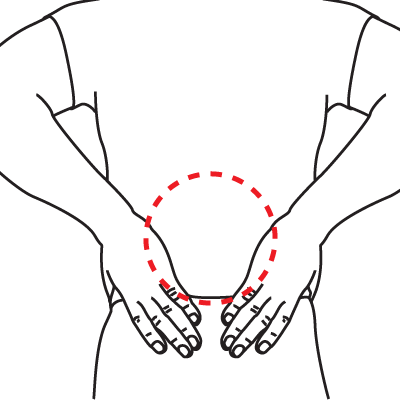 Emotional stress and operating with head down and chin to chest. Social stigma and the back to back schedules of long physical work hours bring continuing strain without time and space for  relieving the tension and stress. 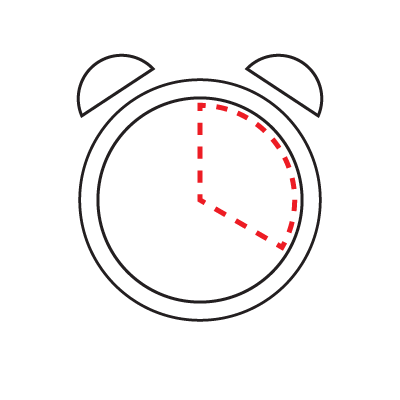 The physical and mental health of a surgeon is crucial to their ability to operate and people’s perceptions on the quality of their performance. 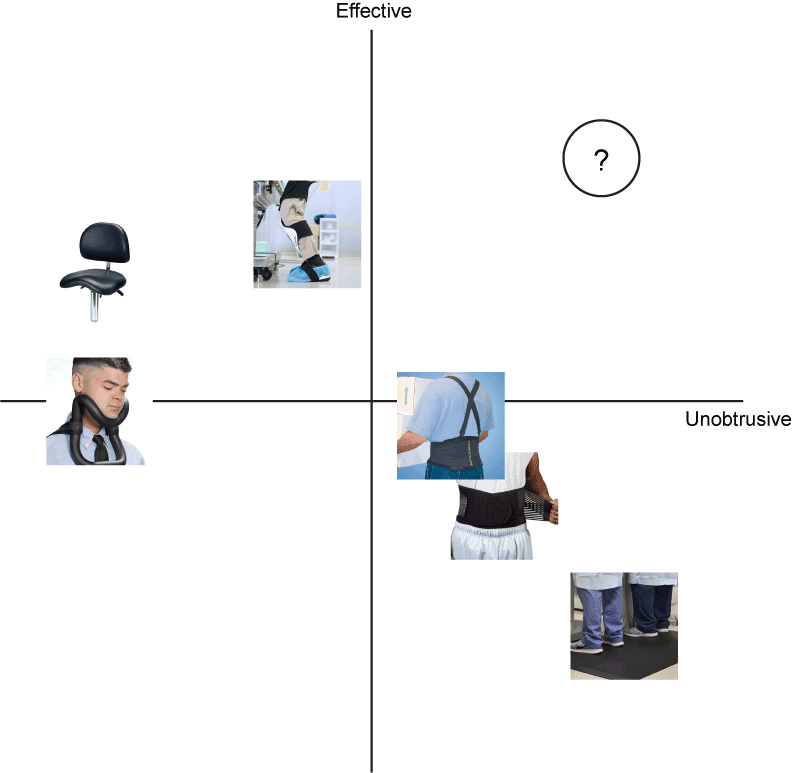 The current products were either obstructive to surgeons and their practice or ineffective.

Many of the products were wearables which either added another item to the many layers which surgeons were already wearing or were a heavy equipment that would intrude their workflow and bring about unnecessary attention.

Anti-fatigue mats are available for operation rooms and are approved by the FDA, recommended for relieving fatigue and stress by offering a cushioned surface to stand on. However, it does not approach the floor is not the core ergonomic issue. 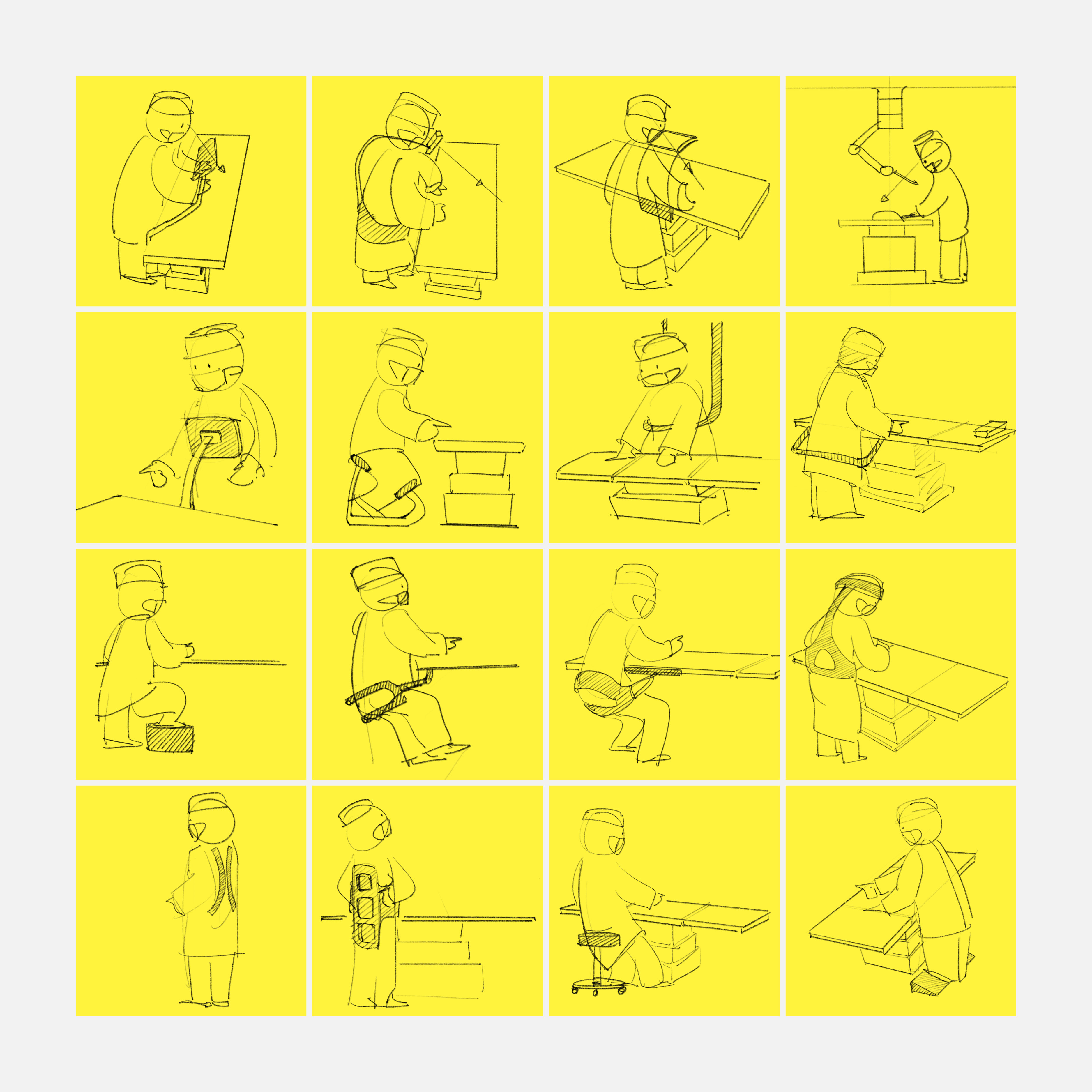 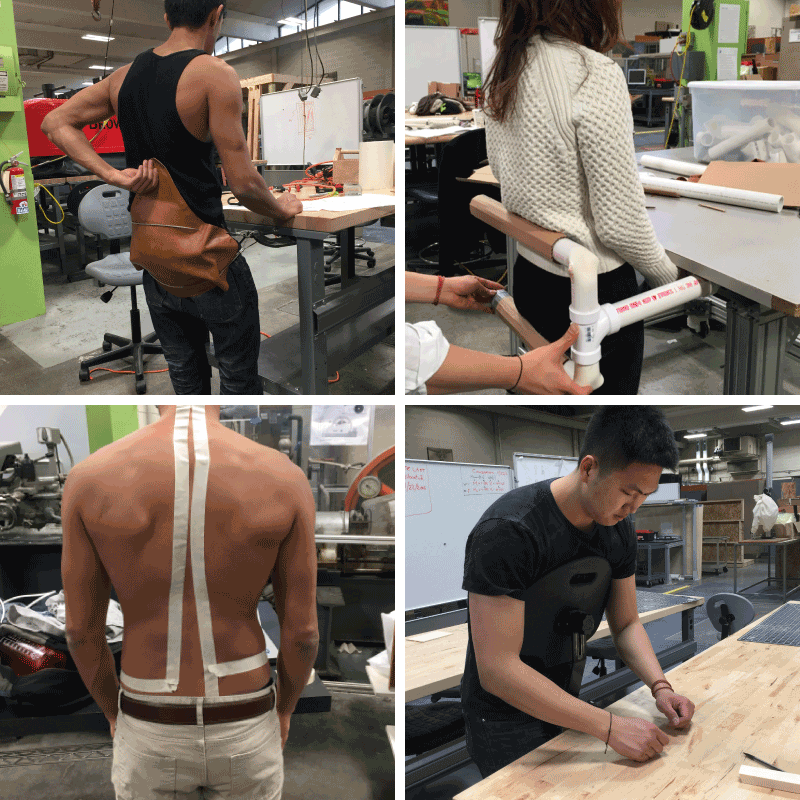 We chose several design directions that we think may work and created rough prototypes for them to test their viability. We first connected these models onto a bench that was set to normal operation table level. Then we tried to perform a task on the bench with the support of our models. We compare the comfort level and the significance of the help of our different prototypes after the tasks were completed. While working on this project, I was experiencing lower back pain due to an old sports injury. I became the perfect tester for this experiment, to see which one of these prototypes could ease my lower back pain while working. 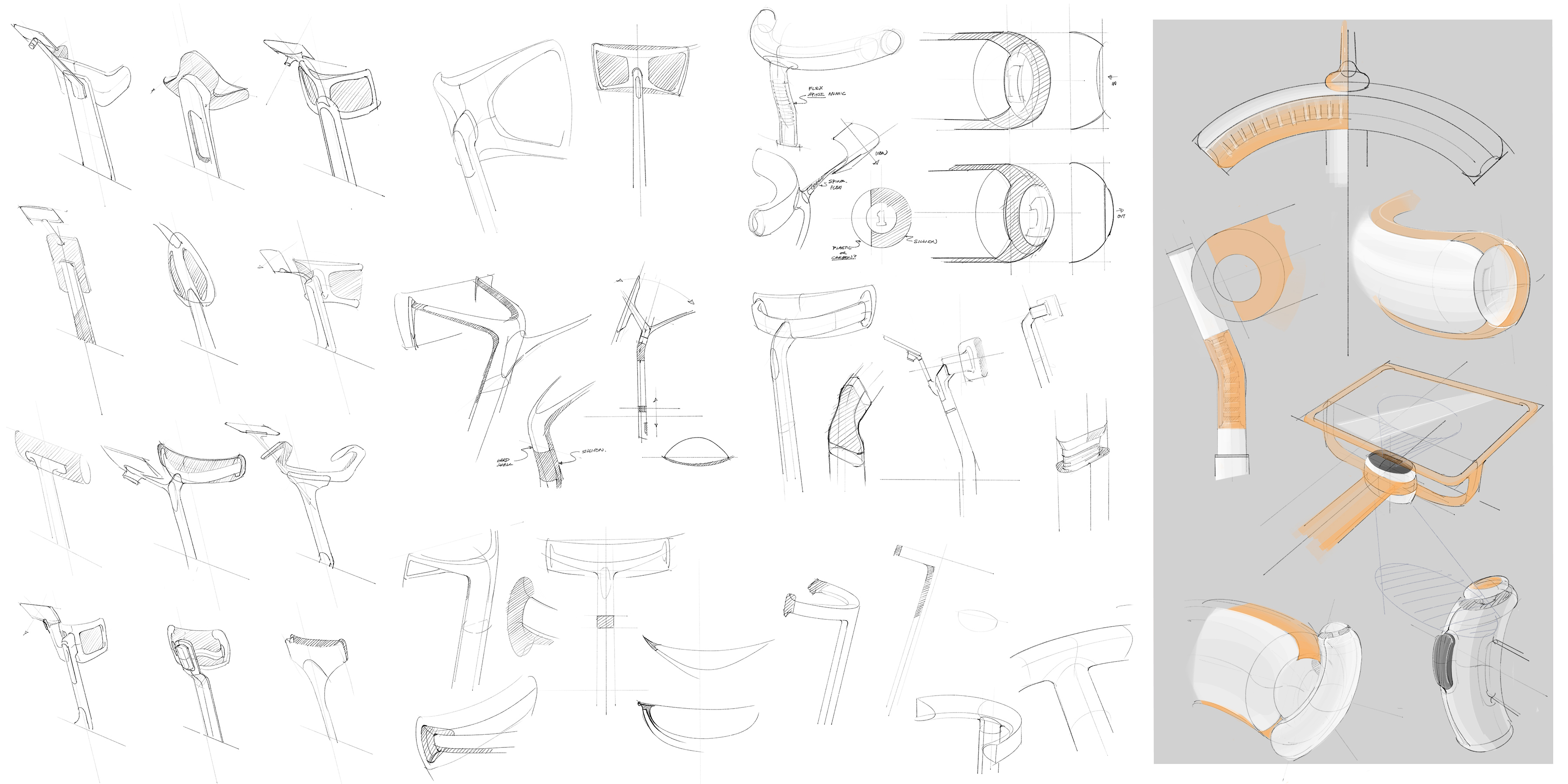 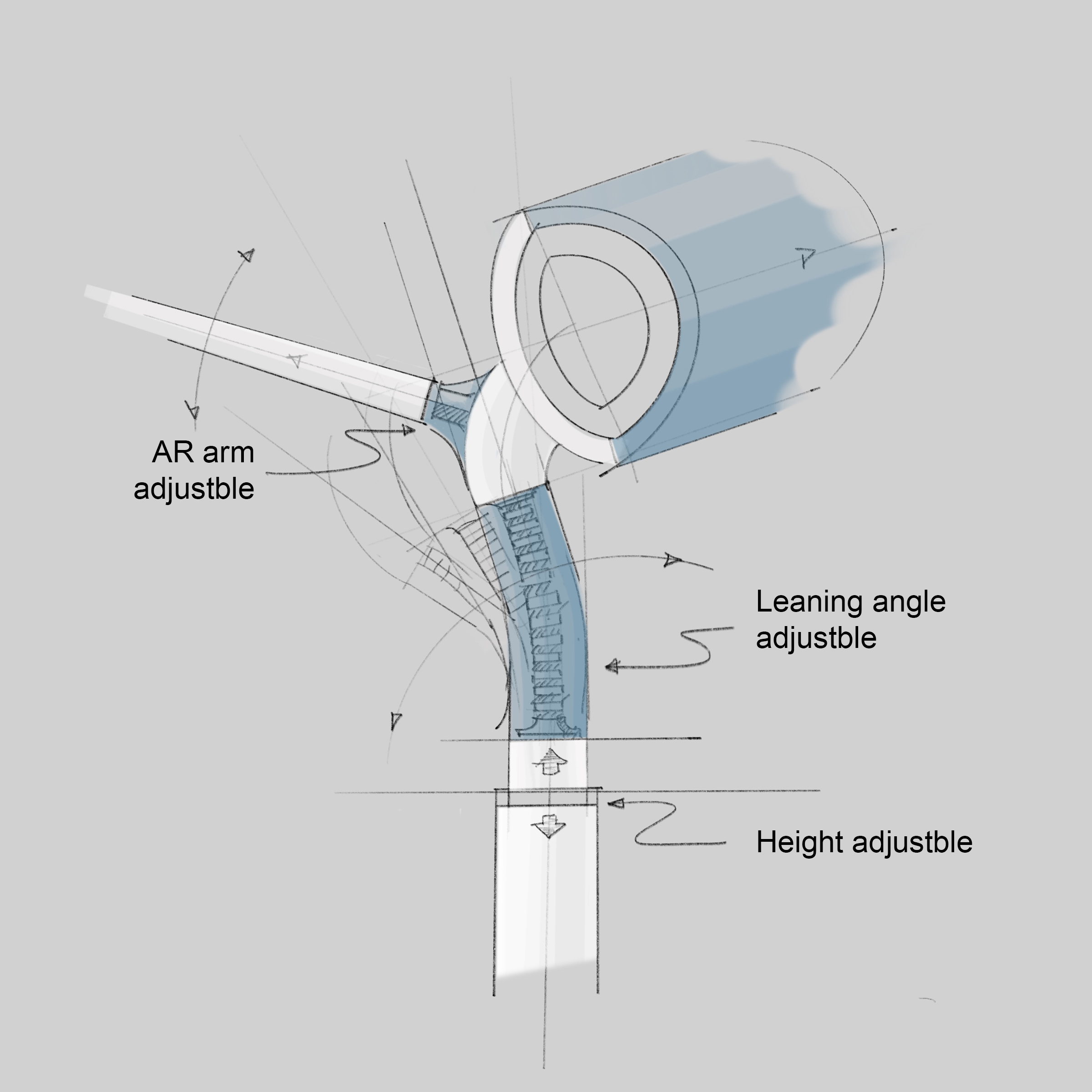 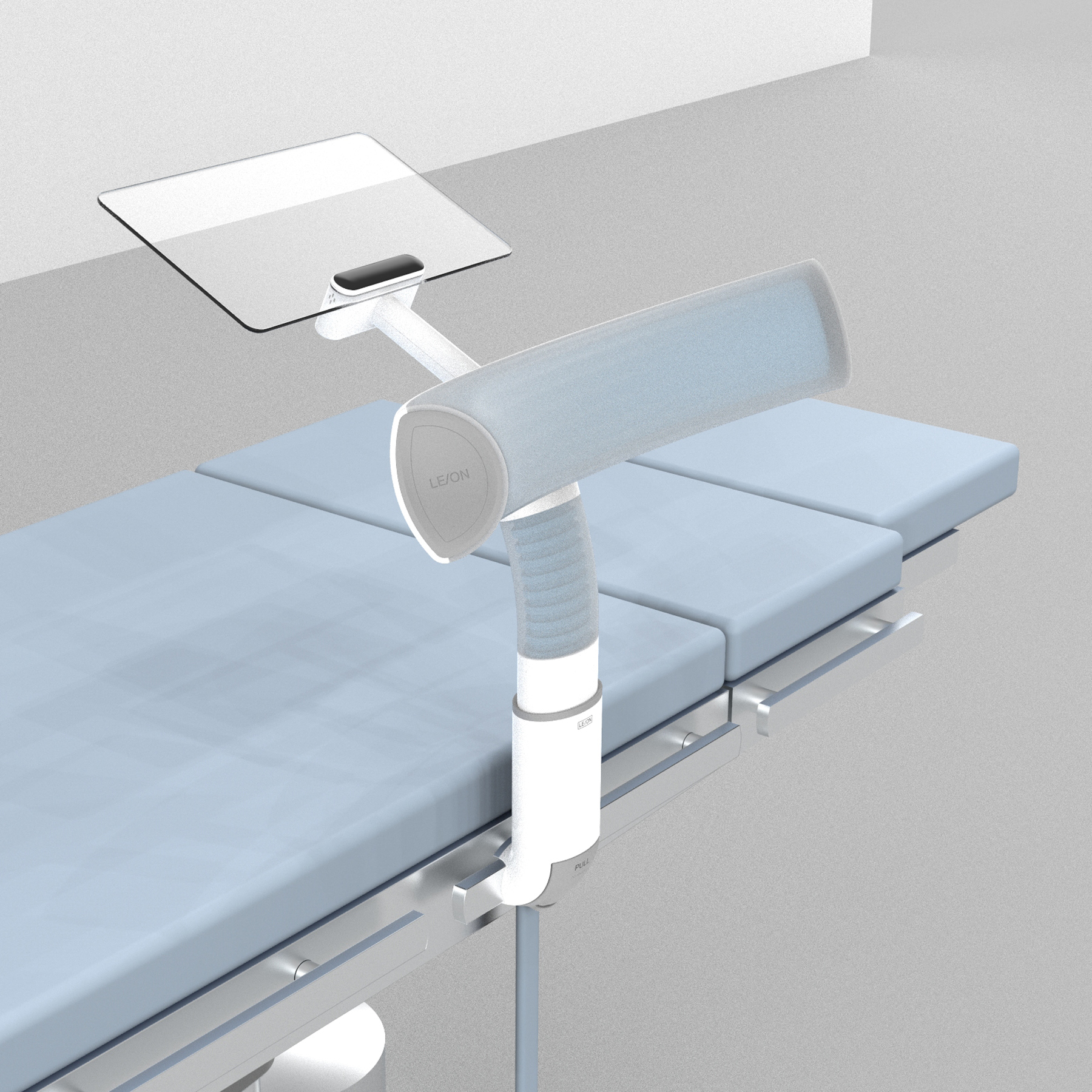 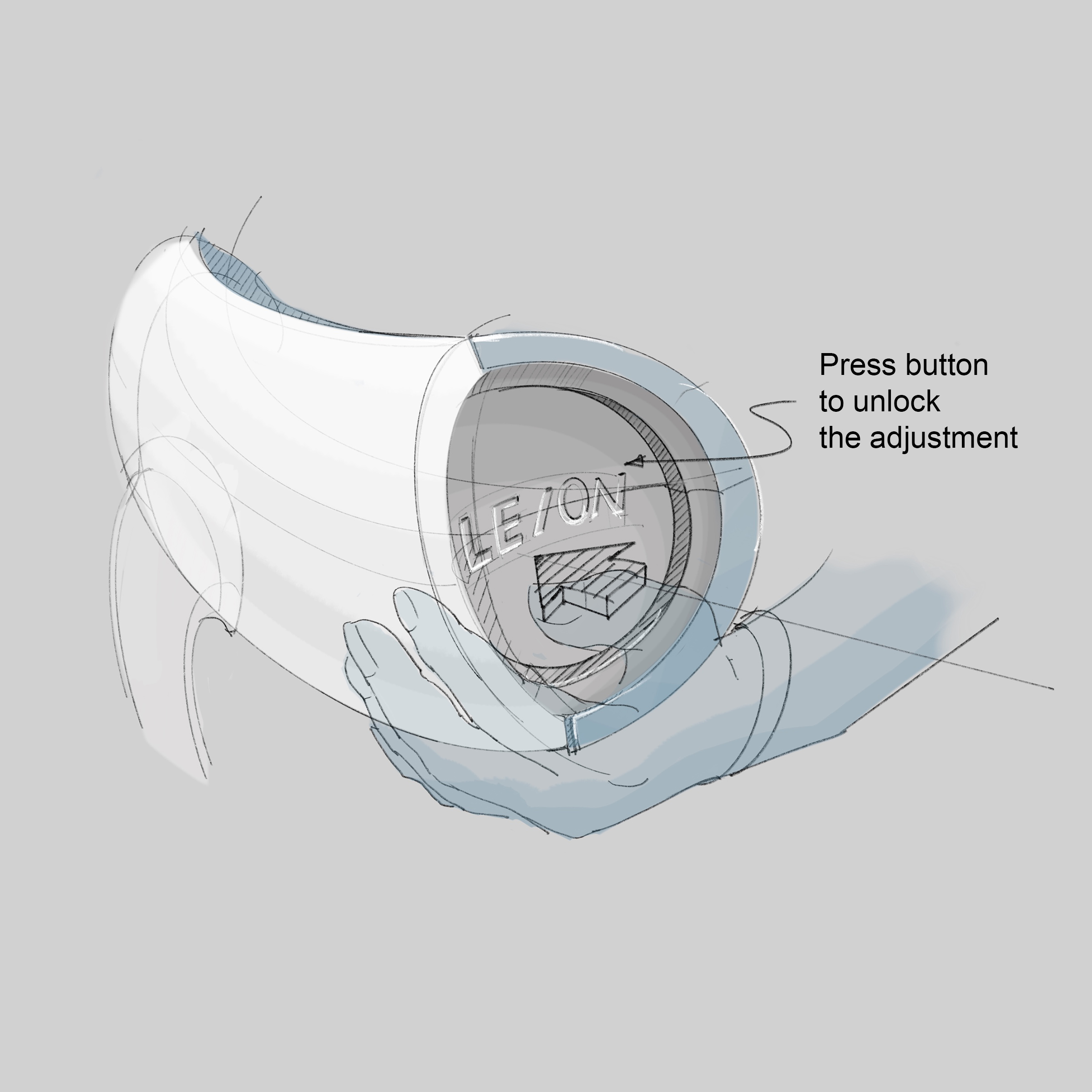 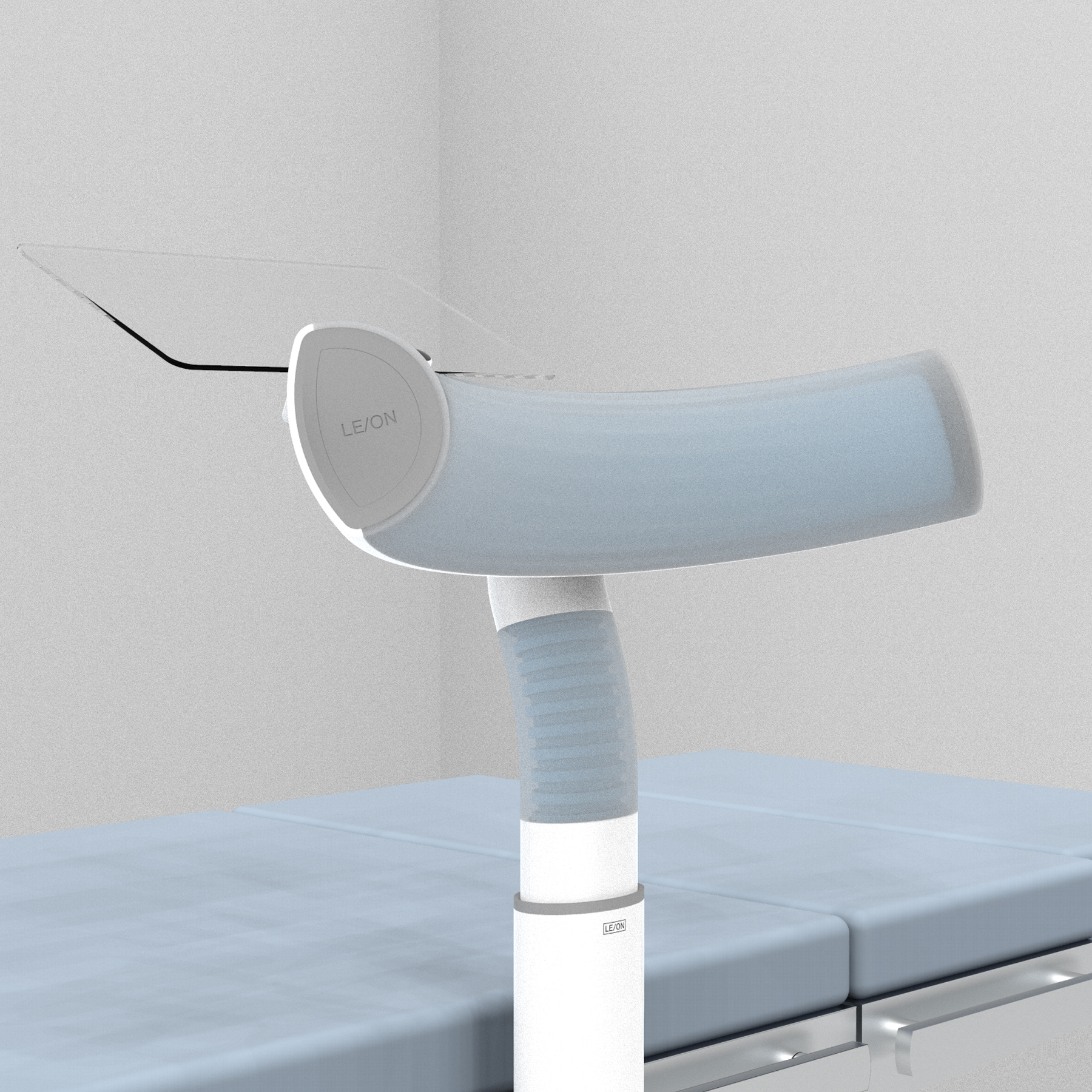 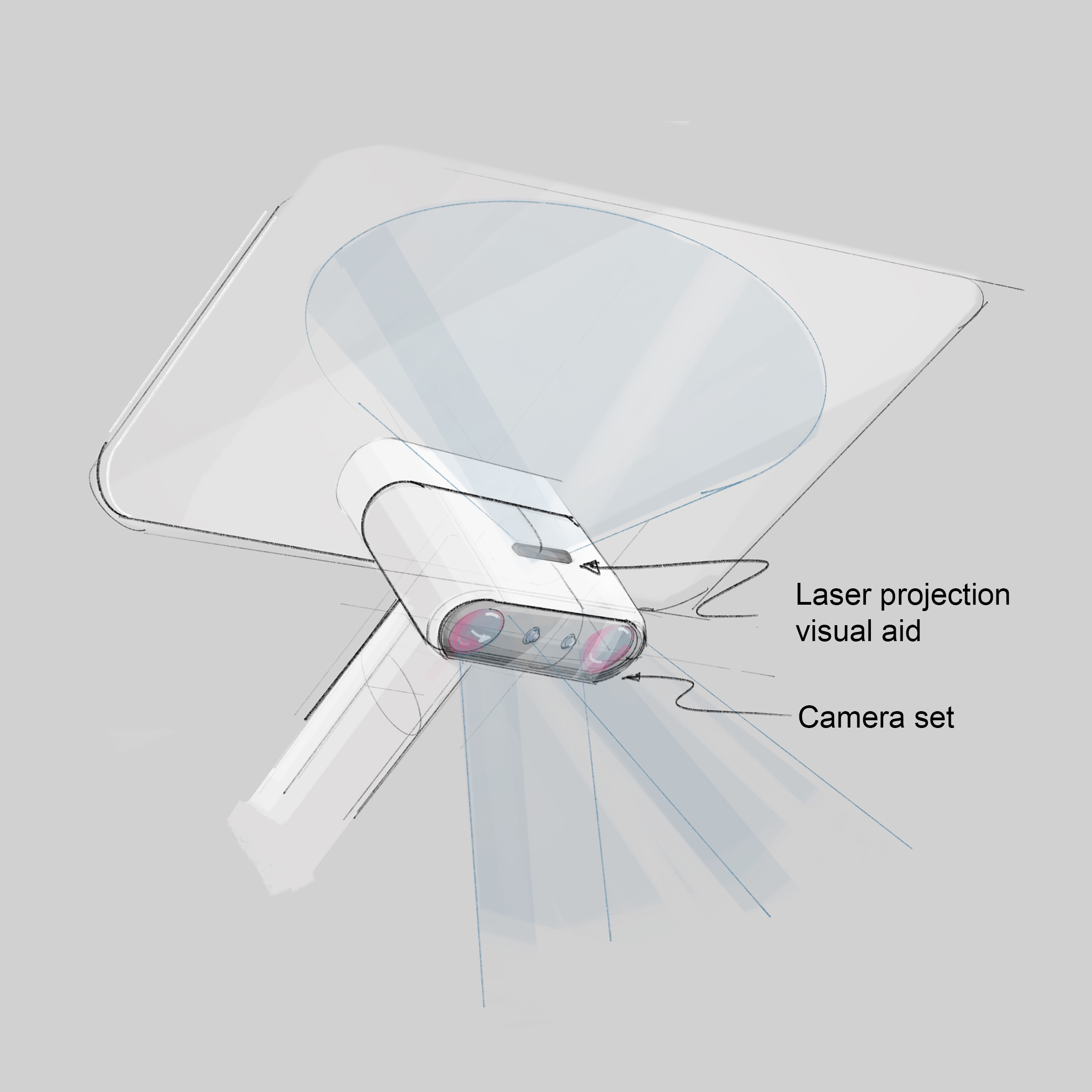 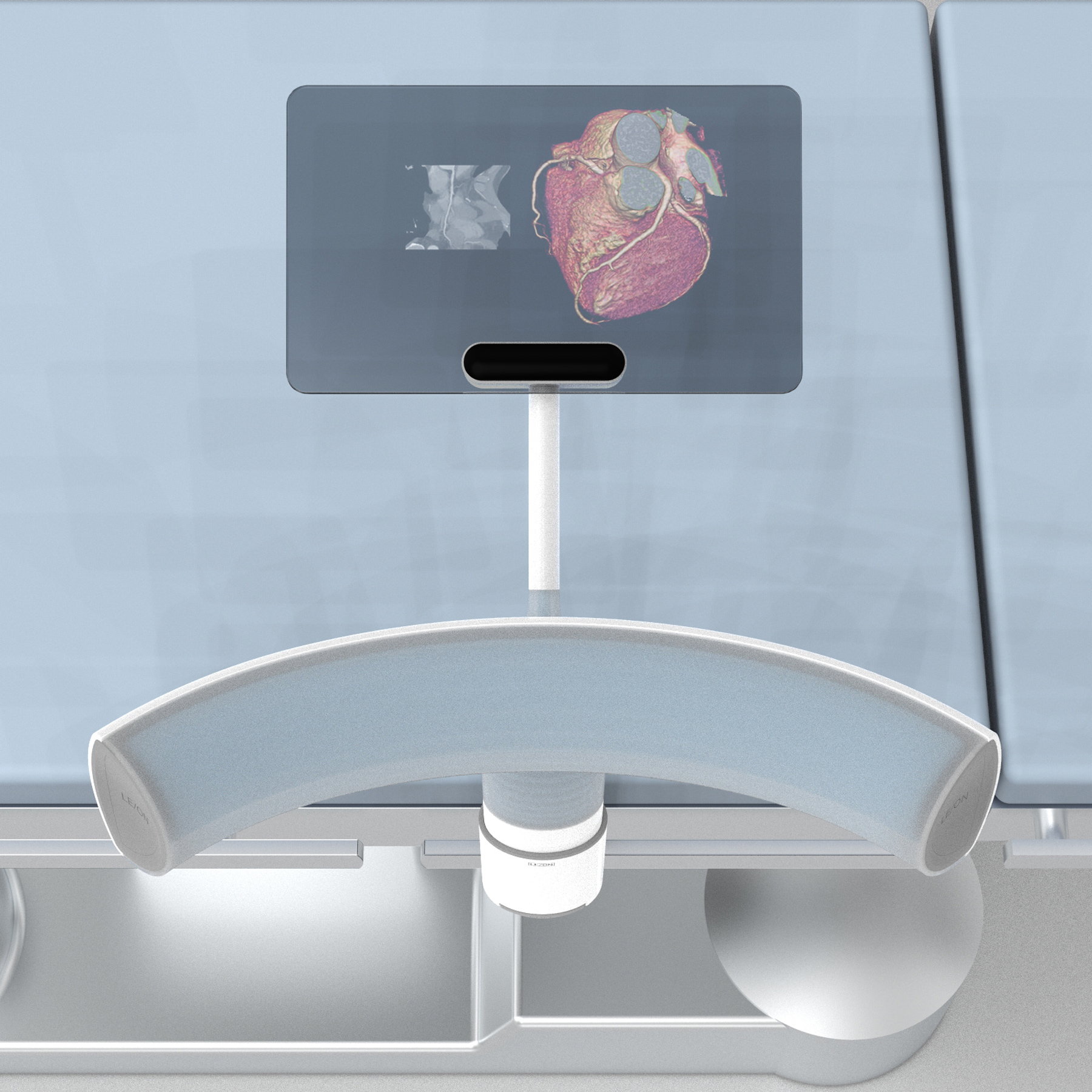 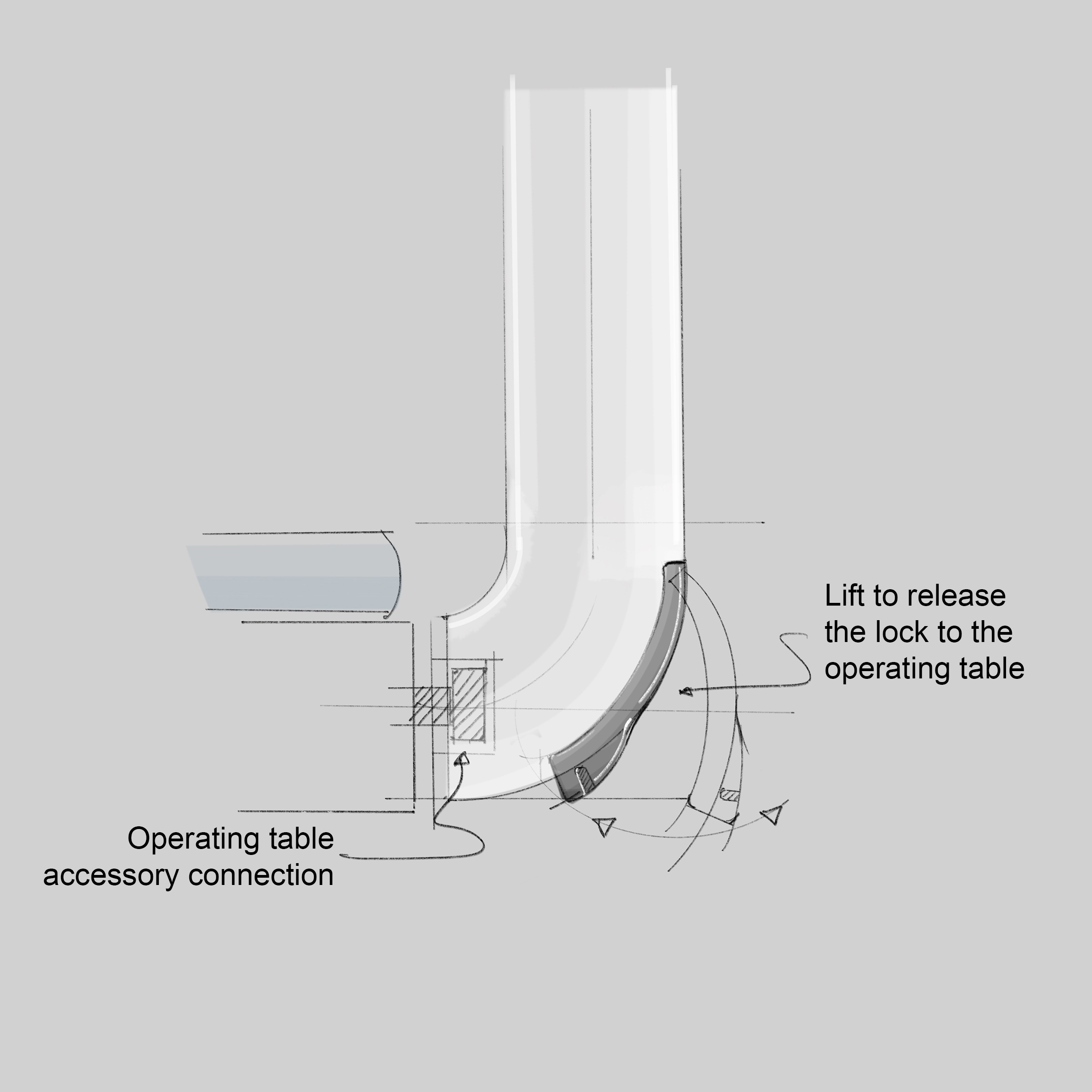 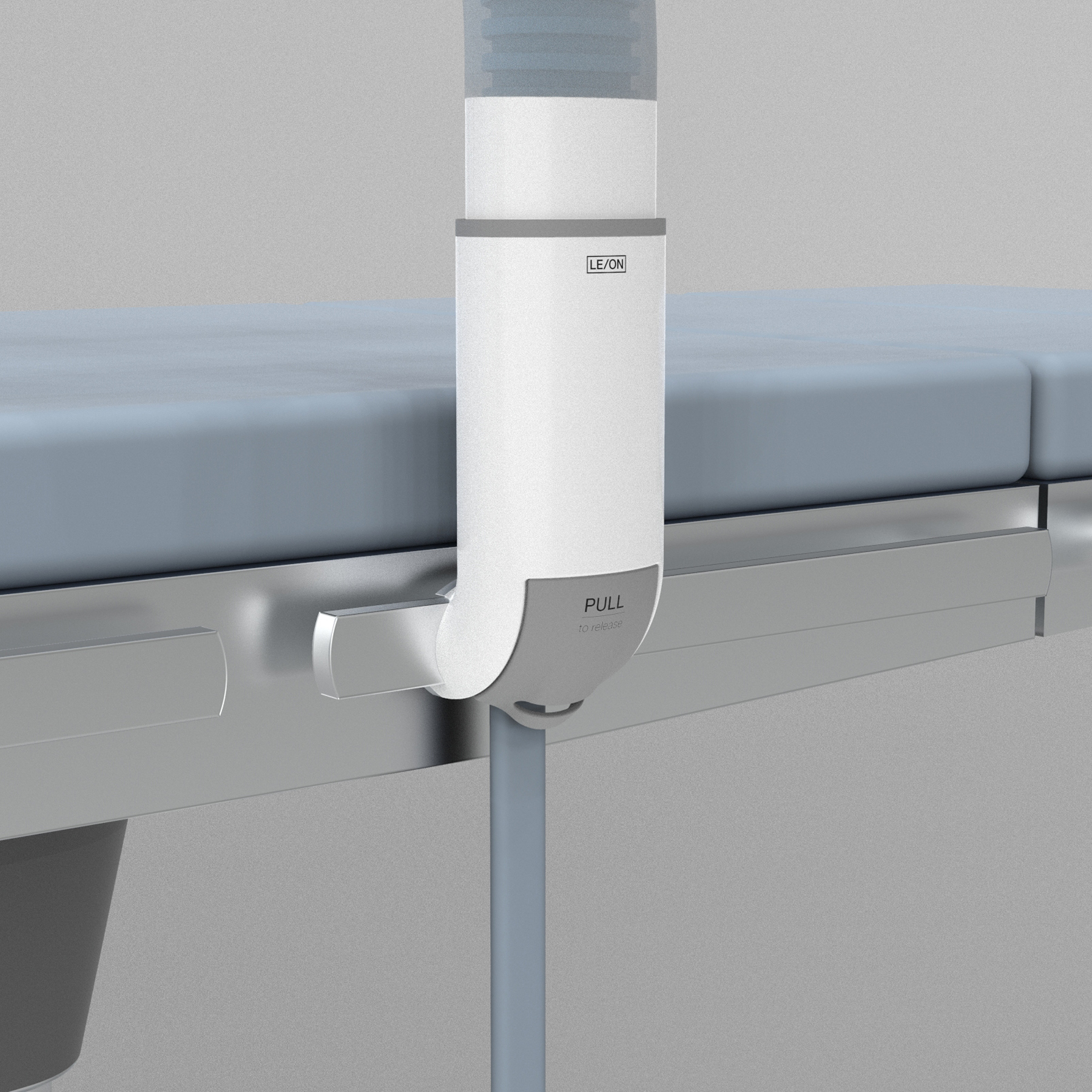